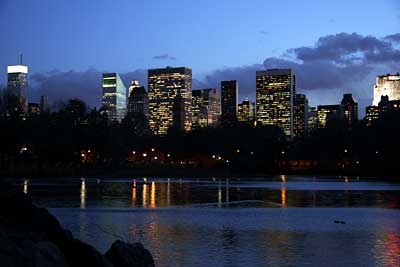 Another great day in New York. Russ had meetings, so I was free to roam around on my own.

I visited the American Craft Museum (now the Museum of Art and Design, but I like the other name better) for a really nice exhibit of Ruth Duckworth’s ceramic sculpture. The only thing that bothered me was, every one of her pieces was called “Untitled.” I once had a poetry mentor who told me to never leave a work untitled. He said it would be less likely to be published since editors like to put titles in the table of contents. I was wondering how you would even catalog art without names. But Ruth has such a rich vocabulary of forms that I guess names are really unnessary.

Then across the street to the American Folk Art Museum. It’s a tall and skinny museum with a rustic facade, right next to the MOMA, so I stopped back there again and bought some more heavy art books. 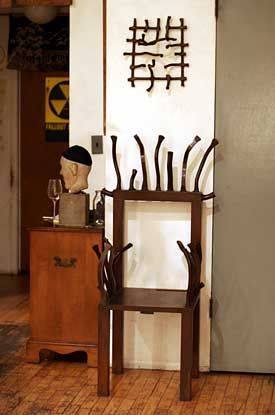 Richard Heinrich is a sculptor on the board of ISC, and he hosted a cocktail party for the board in his studio/home in Tribeca. Of the few apartments that I’ve visited in New York, his is the one I would most like to live in. He has a whole floor in his building with several bedrooms, an open living room with a big skylight and wood stove, a very cool kitchen, and a really big sculpture studio right off the living room. I found this on-line interview with Richard Heinrich that shows more of his work and studio. 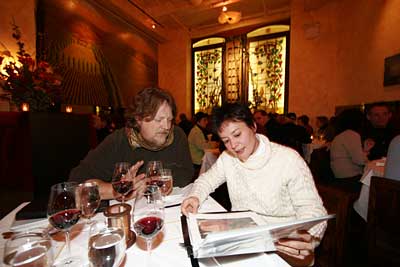 Then we all went downstairs to the Della Rovere, a restaurant on the first floor. During dinner Charlie showed me his photos from Vietman, Cambodia, and Thailand. I had thought Mary and Charlie were forever lost in the Tsunami of 2004 since they were on a two-month Asian trip when it hit. But happily they are alive and well and ready to host a curry party in Chicago to show off their thousands of slides and photos.