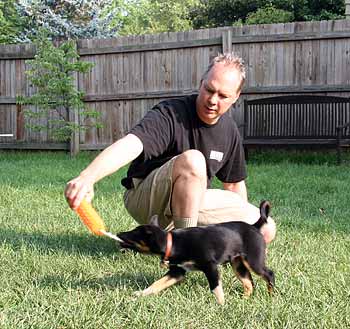 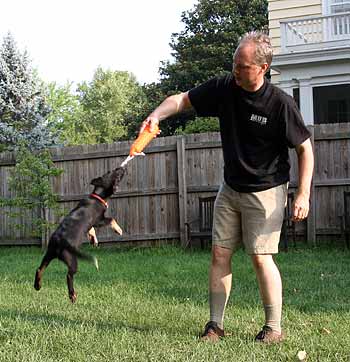 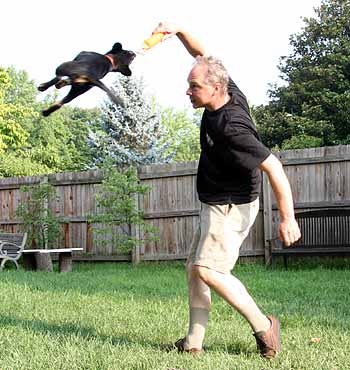 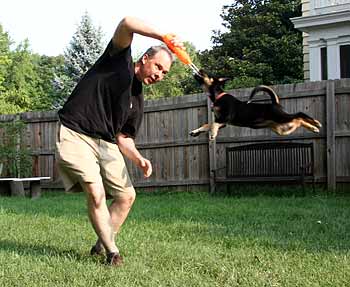 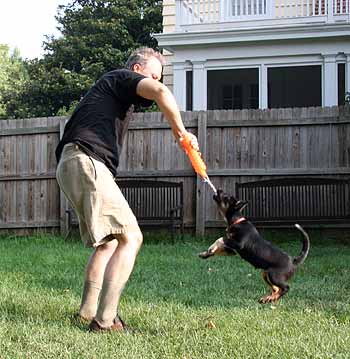 This trick goes very fast as Russ spins around, so I had to use the rapid-fire-shutter setting on the camera to capture the action. Since Russ is a former gymnast, he understands the mechanics of tricks like this, and has been able to teach Mochi. At first she was able to do a 360, now she’s able to do a full 720.