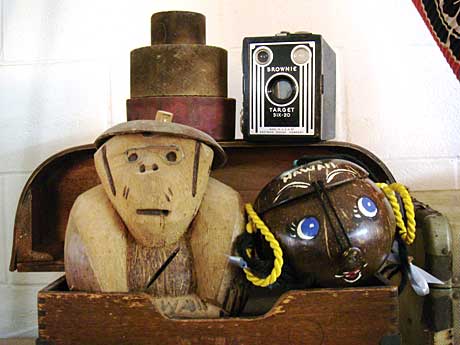 Iâ€™ve been collecting lots of Tiki memorabilia for the Tiki office. Hereâ€™s a monkey with wire glasses. He’s made out of coconuts, and has a slash on his stomach because heâ€™s also a bank. Next to him is a girl with pigtails made out of some kind of nut. Sheâ€™s also hollow and her hat lifts up — so I think sheâ€™s meant to be a little purse. 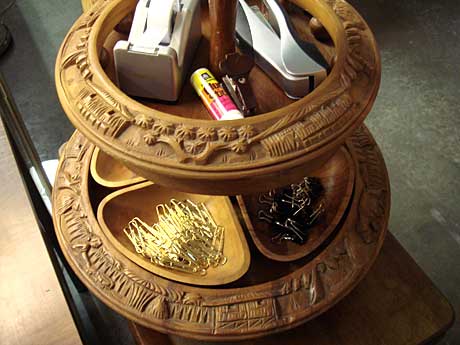 The most fun thing so far has been filling up this Hawaiian serving tray with office supplies. It has a cute carved pineapple on the top and individual trays spin around. I thought this was called a popo platter, but canâ€™t seem to find out for sure. Help Myra — whatâ€™s itâ€™ really called?