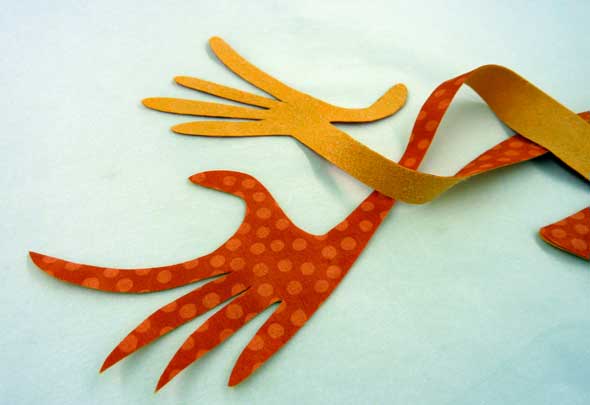 Celebrating Labor Day by working with my hands today. Sometimes I wish I had extra hands, but these won’t really be much help.

While up in Columbia, I was interested to watch a documentary on giant squid research with my mom, except for the fact that the scientists who had never seen one (because they live so deep in the ocean) were happy to catch one huge tentacle on a hook that was used to hold the squid near a camera. They didn’t seem to mind that it had been torn off as the squid tried to escape. But I keep thinking, that’s like tearing off the poor squid’s arm. 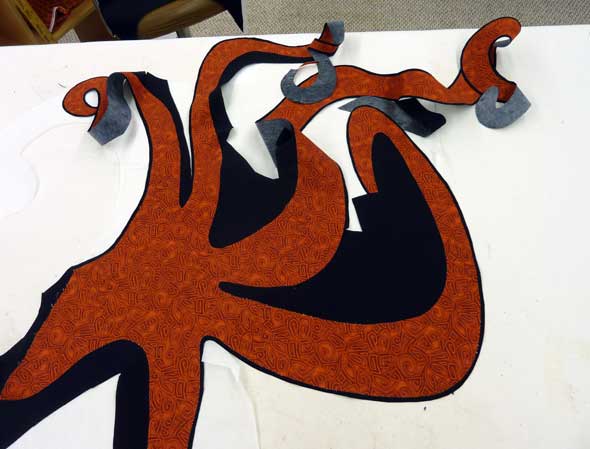 Speaking of monsters, I think I’ve created one. It took me almost three days to cut this out – because of the complexity of the design and because I only had barely enough of the fabric and don’t think it would be possible to get more.  In these cases, be very very careful about cutting out curly shapes, because it can be easy for one of the curls to get snipped off by the scissors if it slips back behind another piece.

That’s how I cut off my dog’s tail once. It was a fabric dog, so don’t worry too much.

4 thoughts on “Hands, Tentacles, and Monsters”