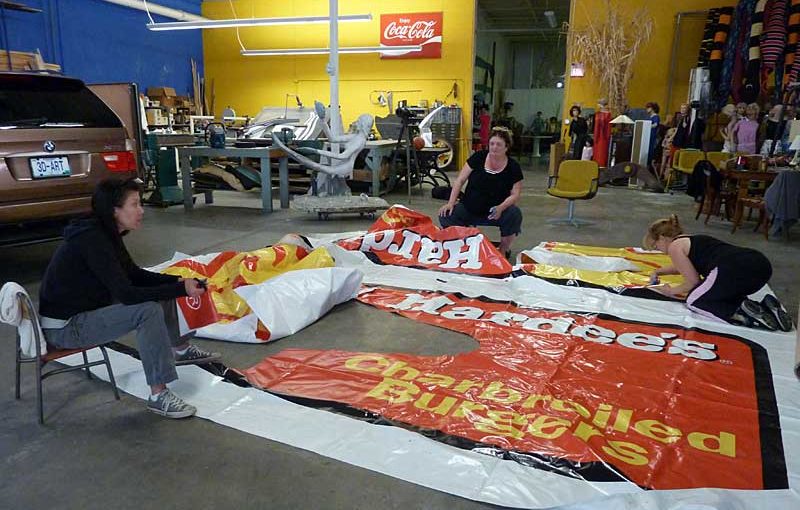 We invited a few friends over the weekend to brainstorm at the studio and start making some really big candy for a Halloween installation. The idea is sort of big candy combined with road construction, with maybe a few zombies thrown in. And it may involve a back hoe if the weather’s nice. 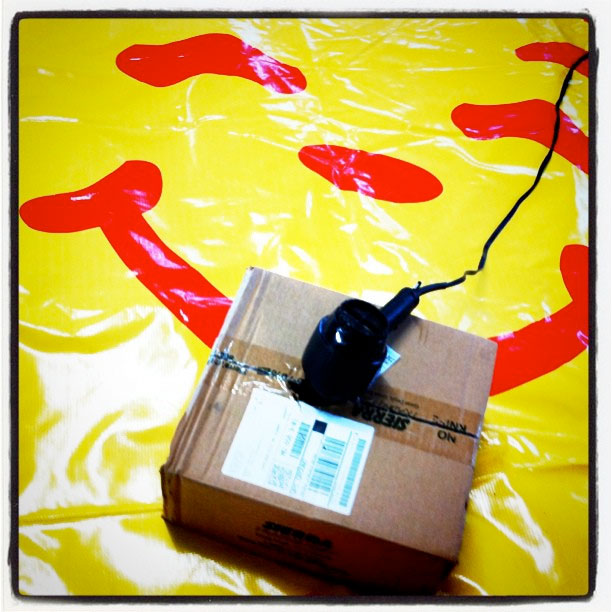 Shopping the warehouse, as I call it, is walking around piles of old stuff that’s accumulated over the years and trying to think of something to do with it. We had some old vinyl banners that were so big they were rolled up and sort of forgotten. Laying them out on the floor inspired Stephanie, Carla, and Holly to start cutting and pruning.

They were pretty wrinkly from being stored, but Holly had experience drying leather and had me cut a hole in a box that would hold a hair dryer and focus the heat to make the vinyl wrinkles relax. The box method was also good because you don’t have to hold a hot hair dryer for a long time – actually I could sort of use my foot to move it around, leaving my hands free to take photos and text 🙂

After a little sewing, we thought we had a big Chiclet-shaped piece of candy to stuff, but it so happens, it might also work as a costume and bears a little resemblance to this old 70’s ad for “Hey Koolaide!”