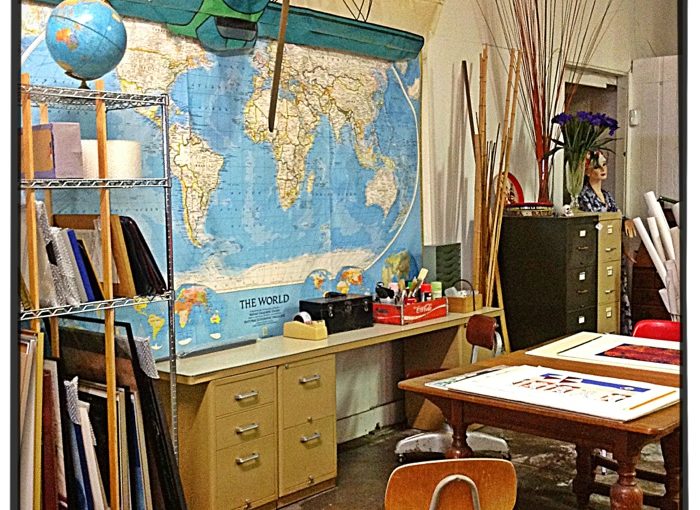 I’ve been working the last few weeks to clean up and organize my studio to make an area for framing and collage art.  Actually, the work has spilled out the door of my one-room studio and into the warehouse. 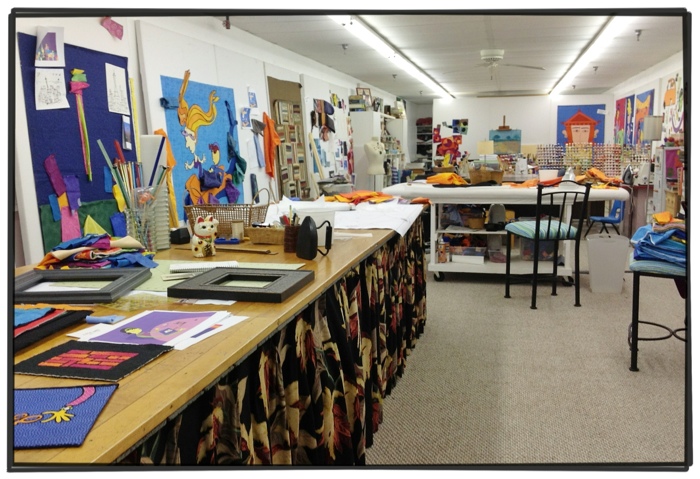 It’s been a while since I’ve shown any pictures of my studio, but believe me — it may not look like it, but this is clean and organized. I’ve cleared off the 15′ table to make room for patterns and framing, and there are several projects here on the design walls in progress — some for our office building and some for a series called ‘I Wish You Were Hair.”

6 thoughts on “If you don’t have a window, at least make sure you can see the world”