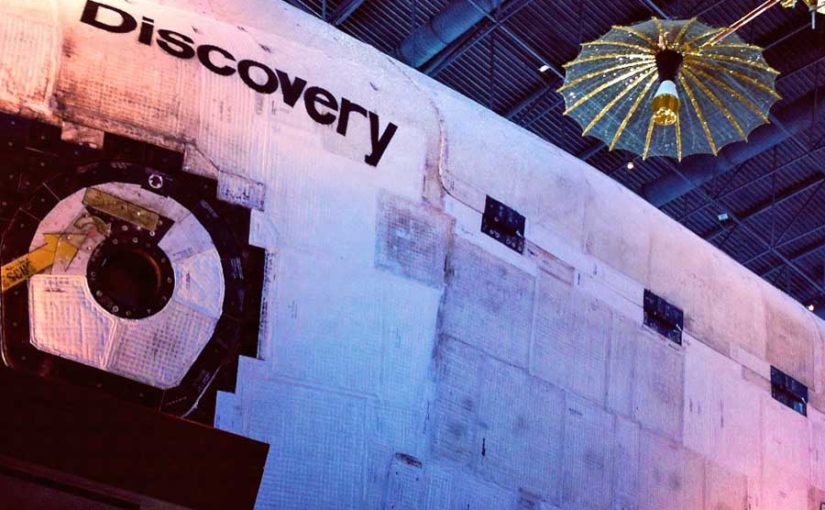 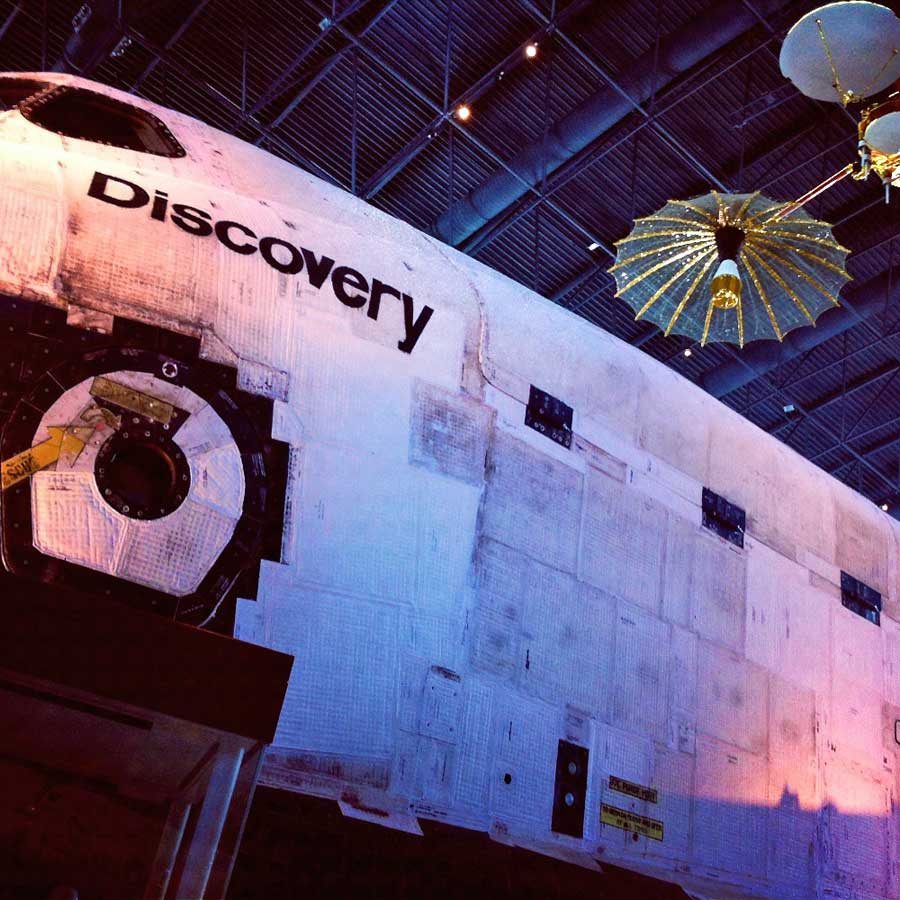 Today Karen Nyberg is launching to the International Space Station, and according to this NBC Science article, will be the first quilter in space. The article brings up some interesting complications of sewing in space including the challenge of keeping the work still because it wants to float and having to watch for stray threads that could get in someone else’s eye. Also you can’t take dyes or paints into space, but perhaps use available food like ketchup?!

This story reminded that while Nyberg might the the first quilter in space, her’s won’t be the first quilts in space. The shuttles were wrapped with high-tech quilts for thermal protection. I heard a story about this on NPR last year, then when we visited the Smithsonian National Air and Space Museum at Dulles Airport, I could see them on the space shuttle Discovery.

Above the Discovery they had all sort of the satellites and space probes hanging from the ceiling, and I took lots of photos thinking that someday I might want to draw them or use them in some artwork. 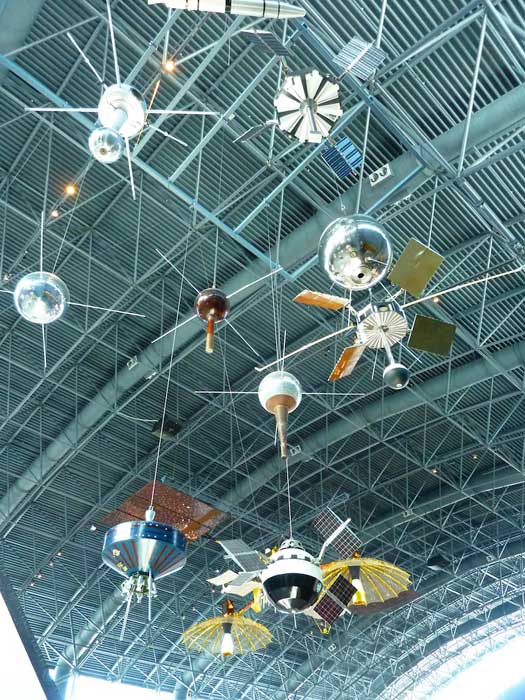 Now it’s all coming back to me, as I’m just now thinking how to make a un-quilt-like quilt for a show called Radical Elements. For the show I had picked the element “Curium” and was thinking about doing some figurative work about Marie Curie, for whom the element was named. But the size and material restrictions have me flummoxed as to how to do this.

Yesterday I read that Curium is silvery-white, tarnishes slowly, and glows red in the dark. It’s rare and used to make electricity for satellites and space probes. Thus my new fascination with space, satellites, and these photos from last year.

Now, how to fit in Marie Curie’s bicycle, another element I wanted to include in the piece? I’m also thinking about all the “firsts” she accompolished – First woman to win a Nobel prize, First person to win two, First person to win one and then have her daughter win another!

Also I like this quote by her, “Life is not easy for any of us. But what of that? We must have perseverance and above all confidence in ourselves. We must believe that we are gifted for something and that this thing must be attained.”

p.s. omg, after watching the song above, I just thought to follow Nyberg’s Pinterest account and found she’s created a pinboard called “Hair and Space!” I will have to think about this idea for a while.

One thought on “First Quilter in Space”