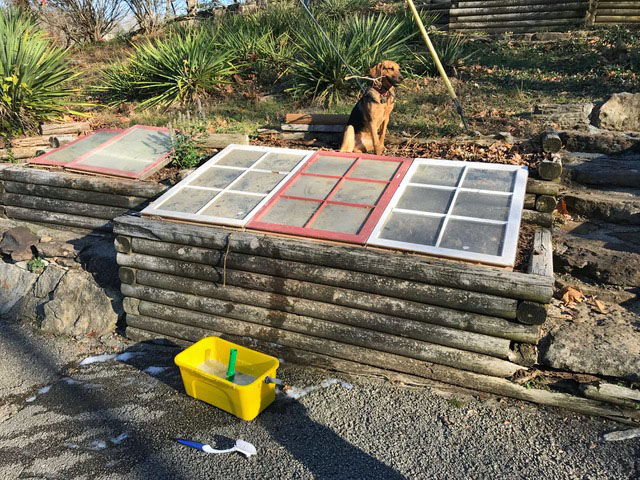 As for the roses….

Unfortuately the deer and maybe an armadillo ate my specialty roses last year. One of the four made a good effort at returning this spring. It grew out a new long stem with a bud on the end, so I was excitedly waiting for it to bloom. But then a dog or some animal broke that stem. Now it seems like it’s given up this time for sure.

So I started buying larger rose plants because I thought if they were more established when I planted them, then the animals might not be able to do so much damage!

Over the winter I bought some salvage windows because I saw some fun-looking greenhouses on pinterest built out of old windows. But I’m sure that’s a long term project that I’m not ready for yet. In the meantime I tried to build makeshift cold frames over my herb garden. There’s Misha supervising the work in progress. I was worried she might walk on the glass windows, break them and hurt herself, but she left them alone.

Over the winter, Russ put some color-changing LED lights inside and they were beautiful in the snow and frost. The cold frames weren’t perfect but I guess they did some good because my herbs survived the winter and even a lettuce plant came back in the spring. Some kind of broccoli plant survived too, and then this spring sent out this amazing tall shoots. I don’t know what it is doing but its very pretty lol. 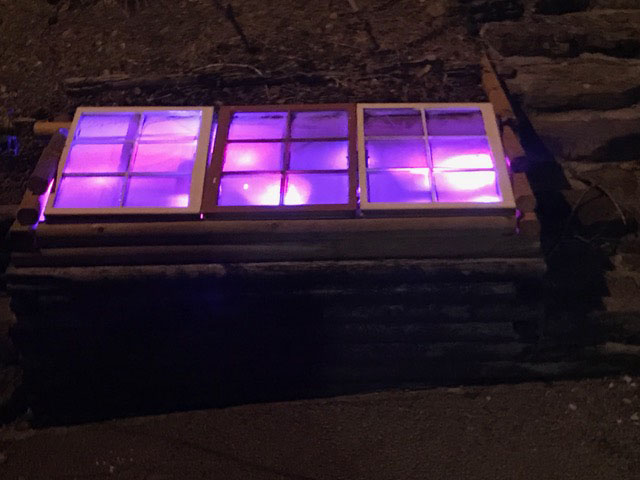 So I have a head start on the herbs, and now I’m working on weeding the upper beds, and adding some new ones in places that just weed patches now but get great sun. 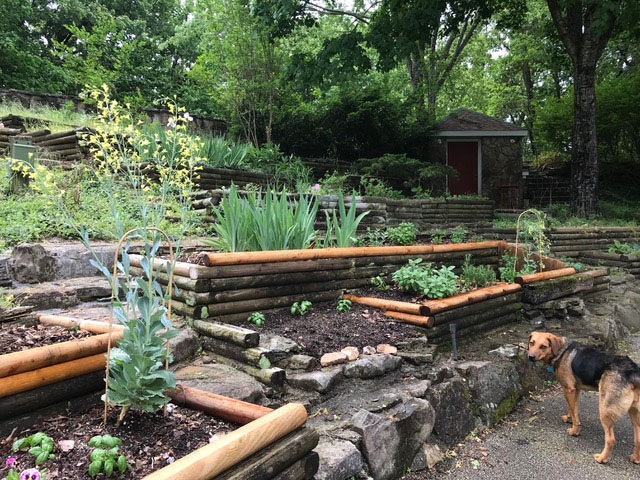 One thought on “As for the Roses…”