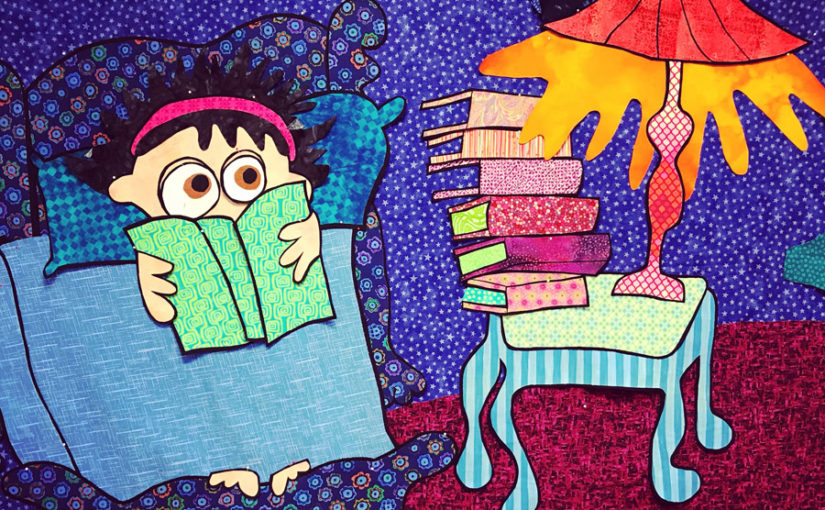 I blame it on pancakes. It changed my world when I discovered at an early age that pancakes weren’t PaMcakes and named after me. At least that’s to what I attribute my fascination with changing ‘pan’ things to PaM things.

I suppose there are lots of pan things. Pandemics, pancreas, pandemonium… But I really only have a couple of things under my belt. The PaMcakes (literally, under my belt, get it) and PaMdora I made up some years ago when I first started making quilts. She’s had lot of adventures, from Christmas aerobatics to banana split yoga.

She always finds herself in unexpected or ironic circumstances and has always looked at the world with some sort of permanent angst. Sometimes that doesn’t seem like enough these days. So I’m working on a new quilt called “It’s Dark Out There – Keep the Light On,” and this new character I’m thinking about calling PaMic, as in PaMic Attack. But maybe her hair should be red.

Working on the stack of books now. I think I’ll put titles on them of stuff that keeps me up at night, things like Alligators. Plastic in the Ocean. That Guy in Colorado. Is My Sunscreen Expired. And, That Awful Noise Down in the Basement.

I might make some pictures for the wall behind the bed too. King Kong on the Empire State Building. A Mushroom Cloud. A Weird Alien and Scary Lizard. What keeps you up at night? 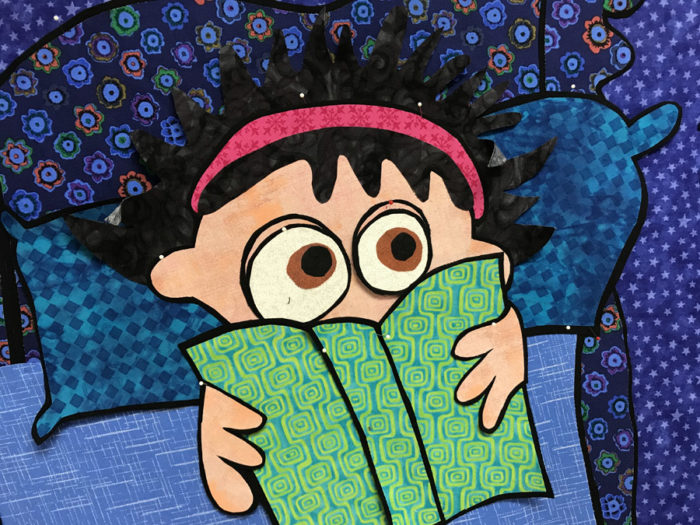 2 thoughts on “Changing the World, One Letter at a Time”