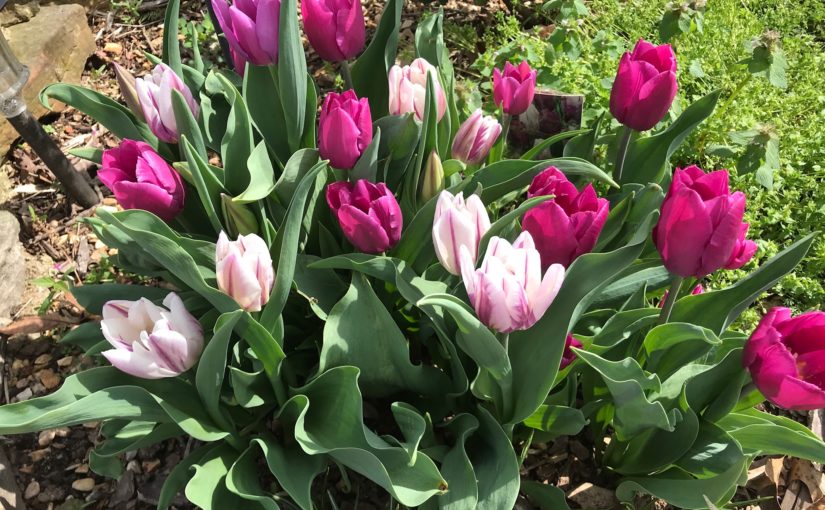 I planted a lot of tulips last fall. Well actually, a few in the fall and a lot in the winter. For a while I was driving around with boxes of bulbs in my car and kept meaning to plant them, just never seemed to find the time. So I guess it worked, the freezing thing that tulip bulbs need to do over the winter so they can bloom in the spring. They just did it in my car. Transient bulbs I guess.

And it did work pretty well until a gang of deer showed up for brunch. They ate a lot of the newly sprouted leaves, and then dug up and stomped on a whole bed of specialty tulips that I had ordered from from some catalog. Those probably would have been really nice, sigh.

I tried putting some of the car-frozen bulbs into pots to see if I could force them. They did sort of grow, but weakly. I guess I should have talked nicely, instead of trying to force them. Then I tried digging up some of the blooms and put them into pots. They were all floppy so I used wrapping paper and ribbon to hold them up. Too much work!

So tomorrow I’ll just cut a bunch, stick them in jars, and deliver to quarantined neighbors like I usually do. But TULIPS! 🙂