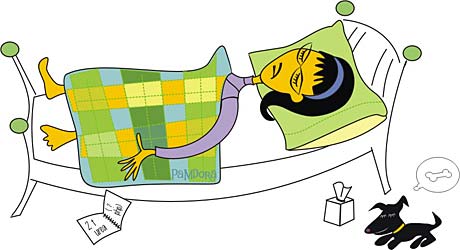 I feel right at home with this week’s Illustration Friday theme: Blanket, because I spent all weekend under one, still trying to sleep off this nasty cold-flu.

Here’s an interesting link called “How to be an Early Riser” if you don’t want to be like me. My advice is just the opposite for “how to be a full-time sleepyhead” — read lots of technical books like The Visual Quickstart Guide to WordPress and stuff with a lot of chemical formulas, like Color by Design: Paint and Print with Dye. Actually they are both good books, but yawn…I just can’t keep my eyes open.

One more word on blankets. I had to change hair stylists last fall because the guy keep asking me if I was still making blankets. I make art quilts, not blankets, and after a few months it stopped being funny. Actually it never was funny. Let’s just say, don’t call them blankets, that is if you want to cut my hair! 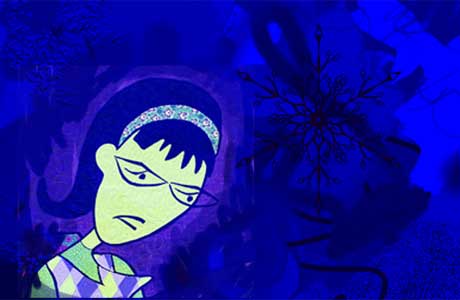 If you’re wondering about all the spastic changes to my blog lately, I’ve had two flavors of colds over the last week and haven’t had much energy but to sit on the sofa and dink around with it. What is it about computers that can suck up the time? It’s still much more entertaining than watching day-time tv while clutching the kleenex box.

Haven’t been able to sleep all night, and in just a few hours, I’ll have to drag a ladder over to the Creamery Art Center to help change out our exhibition space. Things are looking a little thin at the studio lately, with almost all my work (that’s any good) out and about. Check out my new page of current exhibitions, it took a while to track it all down! You’ll have to agree that I need to feel better and get back to work. 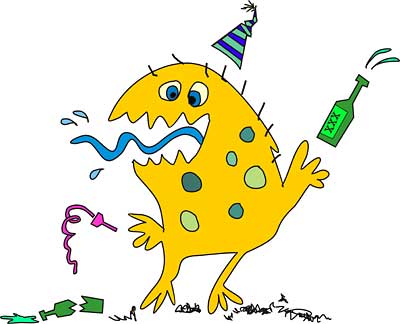 Here it is already mid January, and we still haven’t gotten rid of an ugly holiday guest. You might remember him from last year… It’s been over two weeks, and I’m just now getting rid of the head congestion that has left no room for creative thoughts.

Other than that, it’s been a glorious 60-70 degree weekend, hence the inspiration for drawings of penquins moving south. This weekend, I’ve also caught up on all my show entries, and finished up Blue Christmas, which I confess wasn’t really done in time for Christmas. I had to put the little sprinkles on the earmuffs and mittens. 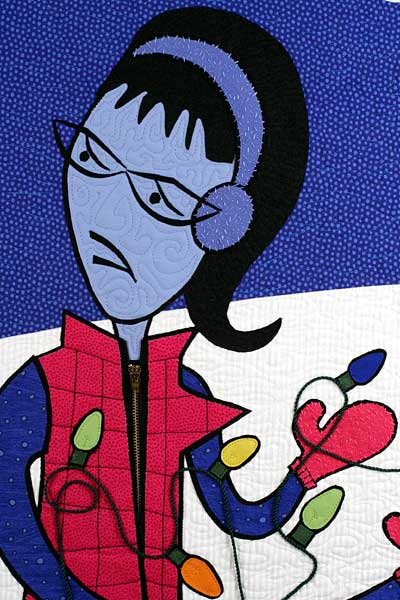 Actually it’s really hand embroidery, and I have to remind myself to wait until it’s completely done, because when I start, I panic and think it looks all wrong. But I’m pleased with how fuzzy the earmuffs look and PaMdora’s blue face. The swirling snow too, but that might not show in the photo. The mittens could have used a lighter floss, but I’m not redoing that!

So I got my entries off to Visions and Crafts National, my first entry to a multi-media show. Now to just sit around biting my fingernails until February!